Made by the same developer as Outrun 2 for the original Xbox – Sumo Digital – it’s no wonder this 360 game is so good. As I’m quickly learning, they certainly know how to knock an arcade racer out of the park!
The variety here for a kart racer is huge! Each character’s vehicle is different, and not just aesthetically, each handles and performs uniquely in-game.

Playing as each character also earns XP that unlocks mods to further customise their setup before each event; Acceleration, Handling, Balanced, Boost and Speed.

The races range from standard races and time trials to drifting challenges, battle races and even boss battles (of sorts) chasing a tank and blowing it up with rockets whilst dodging its attacks… Oh, and don’t forget the “Ring Race” which is essentially a good version of Superman 64.

Some of the tracks can be quite long, and given each lap can change depending on the vehicle transforming and changes to the track (often a major shift will occur on the third lap) they never overstay their welcome. This is refreshing for a kart racer – The first time I got to the Golden Axe stage was the moment I released just how good this game was going to be – the race length, the visuals, the transformations of both the vehicles and the track itself was extremely engaging.

The After Burner stage feels like a separate game in itself, especially as a Ring Race, spending much of the time in jet plane form and squeezing the power slide trigger to bank on arching corners is incredibly satisfying – once you’ve mastered it! Even though there is a track to follow, you’d be hard-pressed at times to feel confined to it or even see it on this stage. It feels incredibly open, yet you are led round it and with all the Top Gun like antics going on around you all whilst the Afterburner theme song blares out – it’s hard not to get drawn in.

The Burning Rangers stage is another highlight as it proceeds to flood each lap. This evolution of the race track each lap presenting alternative or forced new routes are something I adore and only the Xbox 360 racer Split/Second comes to mind as being similar on that front.

I failed to finish in the top three multiple times on a later stage and eventually dropped the difficultly down to easy (this games CPU opponents give you a race that’s for sure!) and I was confused and then delighted that on the second and third lap I was doing something completely different to what I had previously on this same track. Where I was previously power-boating across waves and dodging force field gates I was now piloting a Jet vertically descending though a tunnel with slowly rotating obstacles in a completely different phase of the race. Whether this level randomises this or it was the difficulty change I haven’t gone back to check yet, but again so much variety!

Like in Outrun 2 the power sliding feels great, and you can quickly release the trigger and reapply whilst changing direction to remain sliding but change direction allowing to chain these together which feels awesome when you pull it off. Speaking of Outrun, there was a single DLC pack with the iconic Outrun track and Metal Sonic character.

I love the Mario Kart series, but I genuinely think this is the best Kart racer ever made – and this is me playing it for the first time 7 years after its release, and after sinking a ton of hours into Mario Kart 8 Deluxe on Switch the past 2 years.

On that note, I can now see the new features that I enjoy in Mario Kart 8 are heavily inspired by this game. That’s no bad thing, and the power slide boost and the anti-gravity in Mario Kart is a lot of fun, but the actual vehicles transforming and as such the control style and dynamic of the race completely changing is better in my book. Throw the ability to perform multiple stunts, flips and tricks into the mix (with the risk/reward payoff of a boost) and this is hands down the perfect Kart racer.

There are power-ups and pickups during the races, but I’m pleased to say there is no blue shell equivalent in sight, I’ve no problem with the weapons in Mario Kart, but the offensive and defensive weapons do what they are meant to, and actually feel great when you nail the mostly manual aimed hits, but don’t rob you of a fair race or take away from the driving as much.
And all this from solo play, which I’ve been thoroughly challenged by and enjoyed unlocking extra tracks and characters. I can tell this will be a fantastic party game for future game nights. Mario Kart will now be lucky to get a look in after this… which I did not expect.

…Then again, I was a Sega kid. 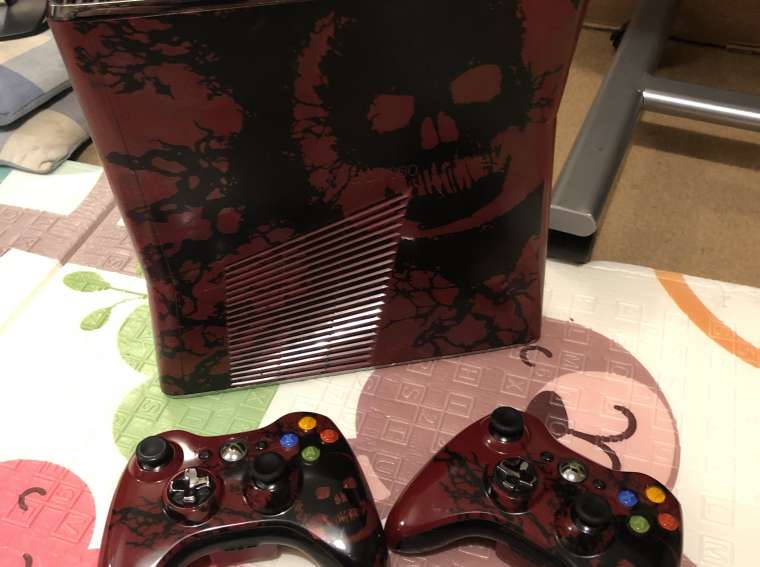